The Baton Show Lounge at 50.

The entryway walls are emblazoned with bold monochromatic photos from ACT UP/Chicago demonstrations. The tone is set immediately.

Memories consumed me as soon as I stepped inside: memories of devastating loss; of the silence of Reagan and his vile administration; of governmental bureaucracy; of church indifference and hypocrisy; of the greed of pharmaceutical and insurance companies.

It all came flooding back along with memories of our defiance against all of the people and institutions which co-conspired—through action or inaction—to spread HIV/AIDS and profit from it while we died by the thousands ... an entire generation lost.

The Alphawood Foundation—one of Chicago's most venerable and conscientious philanthropic organizations with a long history of commitment to LGBTQ and AIDS charitable causes—has undertaken the enormous expense to renovate the former MB Financial space at 2401 N. Halsted St. and convert it into the Alphawood Gallery for the purpose of creating the perfect temporary home for the vital exhibit "Art AIDS America/Chicago."

Discussion for the show began in mid-2015, with the real planning ( programs, partnerships and bank renovation ) beginning in February 2016. Following a smaller preview in West Hollywood, a full-scale exhibit premiere in Tacoma, Washington, a show in Kennesaw, Georgia ( outside Atlanta ), and another at the Bronx Museum, Art AIDS America opened in Chicago Dec. 1, 2016.

Beyond the lobby, immediately before entering the gallery area itself, an intimate gathering space has been created facing the primary bank vault opening. Its massive circular steel door has been opened to the reveal a large flat-screen monitor against the darkened interior. There I took a seat and watched a powerfully edited and concise introductory video featuring a roster of Chicago LGBTQ community members including Joel Hall, Tracy Baim, David Zak, Lori Cannon, Sanford Gaylord and Dr. Renslow Sherer discussing Chicago's response to the AIDS crisis. The video sets the stage for the exhibit by capturing the social climate in which many of the pieces were created.

Beyond the azure beads of Felix Gonzalez-Torres' work "Untitled ( Water )" is the first of several spaces of the exhibit displaying the work of 125 artists from the U.S. and abroad.

The Chicago installation also features a number of pieces from local artists such as Roger Brown, Danny Sotomayor, Israel Wright Jr., Patric McCoy, Judy Chicago, Arch Connelly, Michael Qualls, Rosalind Solomon and Robert Blanchon. The curators of the Chicago exhibit were extremely thoughtful in selecting works by a diverse roster of artists, taking great care to make sure the content of the installation was fully inclusive.

A wide variety of artistic approaches to the epidemic are on display as well, including canvas, print, slides, video, sketches, photography, sculpture, fabric, film documentary and public remembrance pieces.

Furthermore, the spacing and presentation of the approximately 175 pieces in the exhibit is outstanding. In numerous cases the bank's decor has been used in an inspired manner, most notably in the staging of Keith Haring's final work entitled "Altar Piece"—a brightly illuminated sterling silver triptych which assumes added dramatic reverence from its placement beyond the side entrance to the bank's vault, which has been draped in black velvet.

In addition to Haring, the exhibit includes work by wider-known artists and creators including Nan Goldin, David Wojnarowicz, Karen Finley, Peter Hujar, Marlon Riggs, Annie Leibowitz, Robert Mapplethorpe and Andres Serrano. This show merits multiple viewings simply because there is so much to see and absorb. The majority of the pieces on display contain background material on the artist and pertinent information about the work itself.

To further enhance understanding, the curators have devised a helpful symbol key for classifying pieces into one of four categories: as pertaining to the body ( the physical manifestation of the virus ), the spirit ( the psychological trauma of the disease ), activism ( an educational or political response to the disease ), or camouflage ( the AIDS content in the work as symbolic or hidden ). A specific symbol also denotes which works are included only in the Chicago showing of Art AIDS America.

An urgent need to express is palpable in almost every piece at the Alphawood Gallery, with the emotional content ranging from rage to despair, playful to fearful, and vulnerable to passionate. In contrast, some pieces convey their message with an equally potent use of facts and statistics.

Sometime during my time at the gallery it became clear that the pieces in this exhibit are not about AIDS, but about human beings in the face of the disease and their response to the various manifestations of the illness. The connective quality in most of these works resides in the raw display of humanity behind them, giving the exhibit a timelessness and transcendent power.

An objective review of Art AIDS America/Chicago is impossible. I forfeited the luxury of objectivity regarding this disease long ago. Like so many, I witnessed the effects of the epidemic too closely to not have been permanently affected by the experience. I have seen my friends, my heroes, and my mentors die in horrible ways. I've seen people exiled and disowned and subject to shocking degrees of greed. I have also witnessed acts of such compassion and courage that they took my breath away. AIDS shaped my experience of life and death, as well as my view of sex, humanity and community.

I went to Art AIDS America/Chicago to honor those lost; but also because of a dark history shared with this disease. I expected to remember the brilliance of those taken in the epidemic and to relive some of that pain. I expected the show to be disturbing. Any exhibit of this magnitude about AIDS which failed to awaken demons and angels would not have captured the era or the disease.

What I did not expect to find at the Alphawood Gallery was an almost spiritual hope for the future.

Art AIDS America/Chicago is a commentary on an epidemic that informed a generation as deeply and significantly as any world war, with one major difference: the war on AIDS was not a war with public or government backing. AIDS was a war with little support outside the community. However, this exhibit makes it clear that our darkest moment was also one of our greatest triumphs.

Captured within these walls is defiance in the face of death, indifference, hypocrisy, and greed. Like the NAMES Project AIDS Memorial Quilt—a portion of which is on display at the gallery—creative expression was a way to reclaim life from the devastation of this disease. Many of these pieces show the spirit refusing to bend or be broken. For many, defiance gave life meaning. Expression of sex was defiance, expression of love was defiance, and art itself was defiance.

Many LGBTQ people of my generation and before find it almost impossible to explain the terror, the rage, and the unrelenting loss of those dark years. The fact that our young people are taught virtually nothing about what could easily be one of the most socially transformational passages in modern history is a travesty. This exhibit has the potential to permeate that barrier and foster the intergenerational transfer of knowledge from those who endured the worst years of the epidemic to those too young to have experienced it. This alone makes the show essential.

Art AIDS America/Chicago also awakens a renewed appreciation for the power of community. During the darkest years of the epidemic we didn't turn on our backs on one another. Instead we came together—even groups that didn't normally mix or get along—displaying a fortitude few of us could have imagined we possessed. We took the horror and transformed it into strength. Like the tempering of steel by fire, we became something greater.

We built the very institutions we would need to care for our own, to fight our battles in the streets and in the halls of congress—and we found a way to pay for it all years before anyone would give us a dime. We achieved for ourselves what our government and the church could or would not: a social infrastructure that remains the foundation upon which every institution in this community is still built. The struggle wasn't pretty, but it was heroic and fierce, and in the end, it was effective. Because of the strength of this community in the face of AIDS, today there are survivors.

Recognizing that collective strength has never seemed more timely. The recent presidential election shows how abruptly our world can change and how vulnerable we still are. With trying times ahead, unity has never been more essential. Art AIDS America/Chicago resurrects not only the pain, but also the power of our history at a time when those who lived through it desperately need to remember that grit and determination.

For those people for whom the darkness is only just beginning to gather, it may also prove to be a beacon from which to draw inspiration. Perhaps then all this loss can be given a meaning and sense can be made out of something that seemed not only senseless but incredibly cruel.

Art AIDS America/Chicago is a must-see exhibit and will be on display at the Alphawood Gallery, 2401 N. Halsted St., through April 2. Admission is free. I highly recommend seeing and experiencing it more than once. See ARTAIDSAMERICACHICAGO.ORG/EXHIBITION for details on the show and related programs. 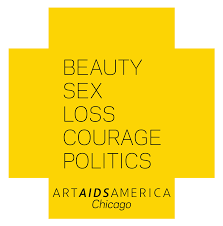 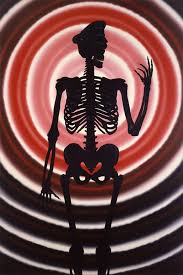 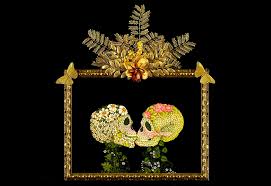 Wait, How Did I Become an LGBT Historian?